DECOV is a software tool for helping political leaders to make the best decisions regarding the lifting of lockdown measures after the COVID-19 crisis. It uses different methods of Artificial Intelligence and Operational Research to search and optimize tradeoffs between sanitary and economy objectives. The project has been initiated by engineers of the French MoD Ministère des Armées and supported by the Agence de l'innovation de défense. As a state-based initiative, it does not seek to make a profit from the resulting project software.

Autonomous vehicles, smart manufacturing, heterogeneous systems and new high-performance embedded computing (HPEC) applications can benefit from the reuse of code coming from the high-performance computing world. However, unlike for HPC, energy efficiency is critical in embedded systems, especially when running on battery power. Code base from HPC mostly relies on the MPI message passing runtime to deal with distributed systems. MPI has been designed primarily for performance and not for energy efficiency. One drawback is the way messages are received, in an energy-consuming busy-wait fashion. In this work we study a simple approach in which receiving processes are put to sleep instead of constantly polling. We implement this strategy at the user level to be transparent to the MPI runtime and the application.

The Software-Distributed Shared Memory (S-DSM) interfaces user applications relying on the shared memory programming model to a given hardware architecture in which physical memories can be distributed. With this system, the application is written as a set of threads/tasks from which it is possible to allocate and access shared data. An event-based publish-subscribe programming model is also proposed, merged with the shared memory model. In this project I have designed and implemented a full software-distributed shared memory (S-DSM) on top of a message passing runtime. The runtime is able to deploy several coherence protocols at the same time. This S-DSM has been deployed over the Christmann RECS3 heterogeneous micro-server (Intel i7 and ARM Cortex processors), running several parallel applications. 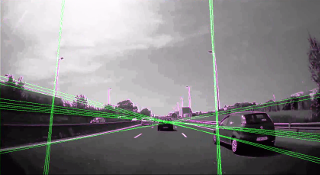 The Sigma-C dataflow programming language has been introduced to ease the development of massively parallel and distributed architectures, with a focus on manycore processors. It has been designed by CEA LIST, in collaboration with the Kalray fabless company, and is now part of the MPPA AccessCore development toolkit. In this project I was part of the design and implementation of several steps of the Sigma-C compilation toolchain: parallelism instantiating and checking, parallelism reduction, system agent compilation for data reorganisation and memory access patterns, and large graph visualization. I was also in charge of the toolchain integration.

Co-Deployment and Re-Deployment of Distributed Applications over Computing Grids.

TABI is a Tree Automata Browsing Interface for visual automata inspection. This tool permits to build interactively and graphically some representatives of the language recognized by a tree automaton.